Background
Increasing awareness on climate change, the scale of the challenges involved, and the pressing need to prepare for a post-petrol future have prompted most of the world’s developed countries to step up the research, trialling and deployment of transport systems that use more energy-efficient and less petrol fuel-dependent vehicles. In response to the second objective on petrol dependency, electric power offers a potentially groundbreaking solution, provided that the production supply chain does not emit too much CO2. 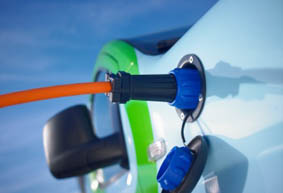 Electromobility+ Transnational Call
Within the frame of Electromobility+ ministries and funding agencies of 11 European countries and regions have joined for funding transnational research projects. The countries/regions involved are: France, Germany, The Netherlands, Austria, Finland, Norway, Sweden, Denmark, Poland, Flanders (Belgium), Piedmont (Italy).
The Electromobility+ call was launched in December 2010 and pools some 20 million EUR from the participating countries and regions as well as from the EC within the ERA-NET Plus scheme of the 7th Framework Programme.

The funding initiative aims at the creation of long-lasting conditions for the roll-out of electric mobility in Europe on the horizon of 2025 and covers the following thematic scope:

At the closure of the call on 31 March 2011, in total 40 proposals have been submitted. The evaluation of the proposals followed a 2-step procedure. Immediately after the closing of the call the evaluation on national/regional level started (step 1), followed by a peer-review of independent international experts (step 2). This evaluation process and the subsequent negotiation process resulted in funding of 18 research projects.

The research projects have started in 2013 and have a duration of max 36 months. First results will become available in 2014. Final results on the projects funded by the Electromobility+ initiative will be presented during the final event scheduled for spring 2015.

TRA 2016
The upcoming ERA-NET Cofund EMEurope was present in the 6th European Transport Research Conference with its own dedicated session on 20 April 2016. Find out more here.

Presentation of COMPETT results
The results from the project COMPETT will be presented at the International Conference on electromobility in Oslo on 11-12 June 2015. Find out more about the programme and registration (deadline 29 May 2015) here.

Final Event of SELECT
The final event of SELECT, a project funded by Electromobility+, will take place on 10 June 2015 in Vienna. More info about the programme, venue and registration (free of charge) is available here.

eMAP Final Event
On 19 May 2015, just before the Electromobility+ conference, the project eMAP was held their final event in Berlin. Find out more about the event here.

Electromobility+ is co-funded by the European Commission as part of the ERA-NET Plus scheme of the 7th EU Framework Programme under Grant Agreement No. 287143